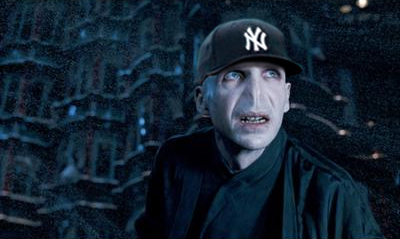 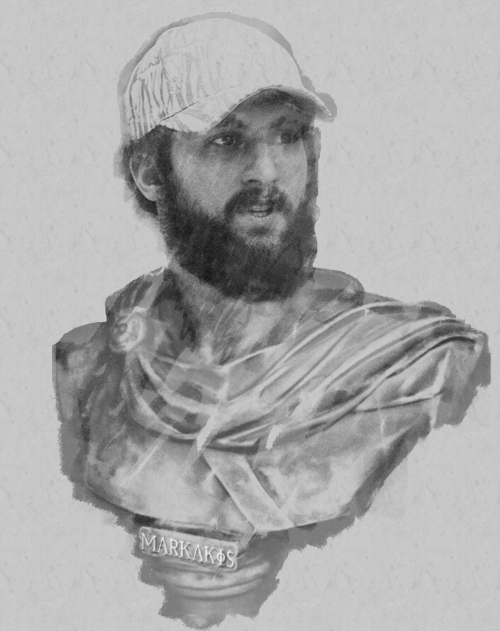 The third player in Major League history to hit 43 or more doubles in four straight seasons.

This is so exciting!

I sure hope someone blogs about the Orioles actually being somewhat entertaining to watch.

First of all, we need more of this action!

Was Wigginton arguing the call because it was quite clearly a fucking out (maybe two, considering he tagged both hands) and wanted to get the team pumped?

Had Wigginton got word of Mike Gonzalez treating the Tides to a smorgasbord of seafood recently and shellfishly (hiyo!) made an early exit in hopes of devouring an ocean’s worth of crustaceans?

Recently, I had new tires put on my vehicle at good ol’ Price Club

(or Costco, for the noobs).  Everything went smoothly as I grabbed every free sample in sight while waiting for my ride to be ready.  But, things quickly took a turn for the worse.  Costco didn’t have yoo-hoo! Outraged, I left.  Luckily, at this point, my car was ready and a guy who, for the sake of this story, we will call JD (because that was his real name) was finishing up some paperwork.  And then, assuming he saw the Orioles stickers on my car, he proceeded to write this horseshit on my cute little packet thingy. 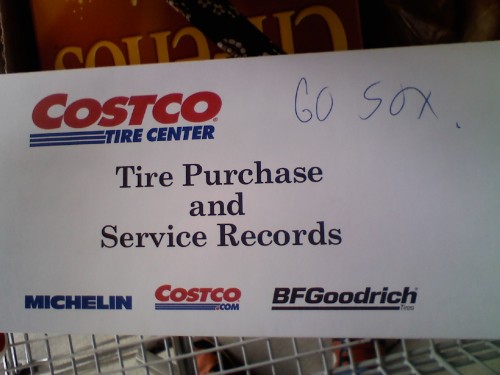 What the fuck?!  The room started spinning…

Apparently, it wasn’t long before I woke on the cold, cement floor of the Tire Center.  Either my blood sugar was low or I was trampled by the retarded bandwagon JD was piloting.  Upon remembering it was the latter, I crashed my car into the Tire Center and lit it on fire.

Three of us were a part of the record-low nine thousand, one hundred twenty-nine (9,129) in attendance at OPACY last night.  This is the lowest ballpark attendance ever…in the history of attendance.  So, we talked to some fans at the game about it.  Just kidding.  There weren’t any.  The Expos have better attendance.  To give you an idea, I will paint you a picture…with a picture.

Also, we managed to exploit the “Fan of the Game” free pretzel situation and damn did it feel good…again.  To top it all off, friends and family were able to see three total badasses every time Garza was shown diddling around the mound. 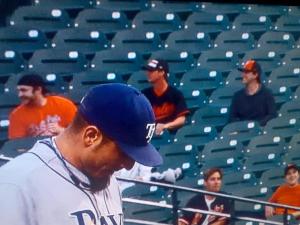 In case you missed our epic television time with Matt Garza; left to right at Garza’s head level are Tom Ludlow, yours truly, and Shane Falco. 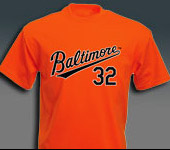 Tonight is Wieters T-shirt night to the first 10,000. With the chance of rain, attendance will probably be 12. We will be in attendance if the weather does not cooperate with our softball double-header, hopefully in time for the prize. /sarcasm

Adventures at the Yard: Weekend Edition 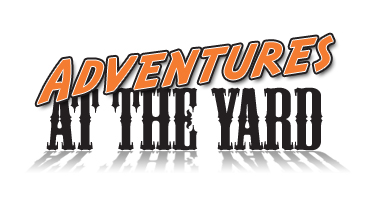 As you know, Opening Day wasn’t too eventful.  But, come Saturday the Hooligans were back in their usual spot (Section 4) with Errol, the usher.  Things felt much better atmospherically and we were able to cheer & heckle for the first time in the ’10 season. 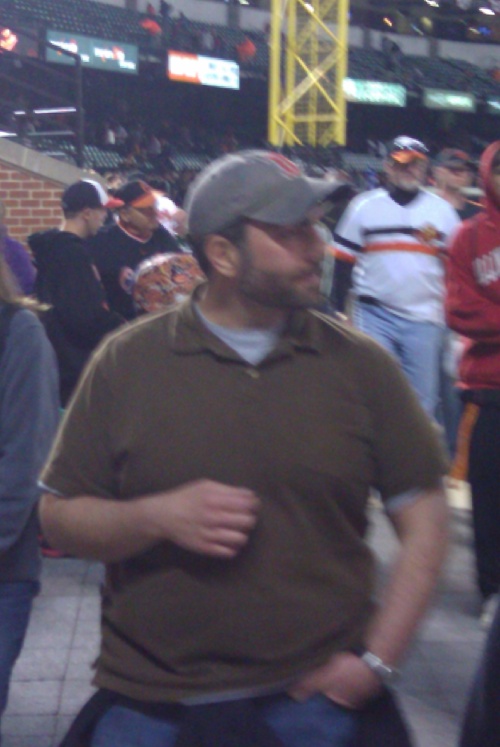 This time around though we weren’t heckling Bautista, but instead…this guy to the right.  Some cat with Eugene Levy-esque eyebrows wearing a Boston cap.  We heckled him for that reason alone, but the real kicker came when he attempted to lead the cheers in our section.  Baffling.  And, annoying. He was also wearing his jacket tied around his waist, which obviously isn’t cool and we let him know it.

On a cooler note, a friend of a friend won “Fan of the Game.”  Naturally, we moved to her row, as no one but her mother and herself were sitting there, for the free pretzel.  Everyone followed suit, until the row was full.  It worked out nicely.  While the chick handed out the pretzel coupons, some old hussie in the row in front of us tattled!  Lucky for us, the pretzel chick didn’t give a single shit, so we all enjoyed some cinnamon-sugar goodness.  The older chick then informed us she was an 8th grade teacher and going to use us as an example for cheaters.  We informed her we were “cheaters” that enjoyed some delicious free pretzels.  Saturday’s game was full of lame asses.

Sunday’s game was nice, weather-wise.  The action was nice to start, then took a turn for the worst as shot after shot took a trip to Souvenir City and we ended up losing our 5th game of the season (not to mention the sweep by the Jays).  Being without other Hooligans, I chose to express myself through the art of dance, instead of heckle.  My sultry moves to Miley Cyrus’ “Party in the USA,” didn’t even warrant a Jumbo-tron look.  But, I’m sure someone in proximity was aroused. 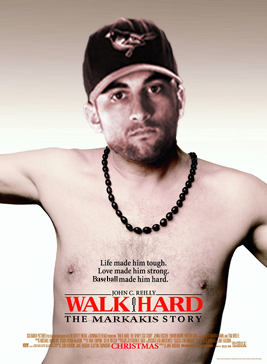 Second to lastly, speaking of arousal, Markakis is still the jam.  While not reflected in the overrated batting average statistic, the Greek stud is projected to have 243 walks.  That’s ridiculous and surely not going to happen.  But, because of this early, impressive stat, I’ve crudely photoshopped him for the ladies (and some dudes.)  That’s good body.

In finality, there will be some Hooligans at the game tonight.  Section 4.  Feel free to join us or fall victim to my gyration.