We haven’t written anything in a long while, I’m sure the only people who noticed that was us. The simple fact is the Orioles are a lot less fun to blog about when they are winning and stuff. The sun may be rising over the horizon however. If you ask this kind of blogger who doesn’t know shit about shit, the franchise is not in very good shape at present.

END_OF_DOCUMENT_TOKEN_TO_BE_REPLACED

A-Rod and Manny are still boys.

Kind of makes you worry a little more about the behavior that got him suspended doesn’t it? Like any minute now he is going to go full on douchebag and we never even saw it coming.

Checking in on Bryce Harper

Read your shirt. Rinse and repeat.

I feel like this needs to be discussed with all the Jeff Samardzija talk flying around lately, are the Orioles buyers or sellers this year and more importantly which one should they be? As you can probably tell, I think the O’s are at a crossroads as an organization and how they answer the above question (both in words and even more so in actions) will have a huge impact on the teams we see in the next 4-5 years.

Obviously the short term view depends a lot on END_OF_DOCUMENT_TOKEN_TO_BE_REPLACED 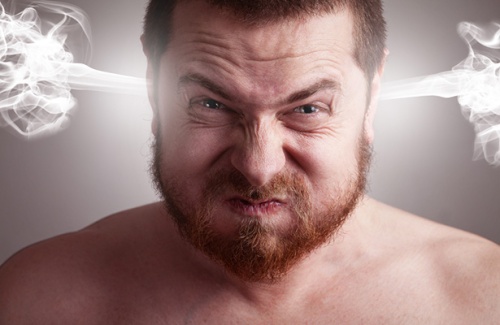 That is the only way I know how to start this entry.  I like Adam Jones a lot.  Yes, I was against the contract he signed but strictly from a financial responsibility angle.  I was happy to have him sign long term and after the rest of the contracts started falling his may prove to be a good if not great deal in retrospect.

But as much as I like him he is an extremely frustrating player to watch.  I recently (and it seems like a bad version of Groundhog Day sometimes) watched him strike out on 3 consecutive swing and misses where the pitcher threw zero pitches inside the strike zone.  In fact, none were close.  Amazingly, doing a little bit of quick research for this entry I found out that pitchers don’t watch any game tape at all because guys still throw him strikes.  Last season END_OF_DOCUMENT_TOKEN_TO_BE_REPLACED

Don’t run around telling a lot of people in Baltimore this, but… The 2014 Baltimore Orioles aren’t good at some things. That’s right, they’re not the best team at anything, anything at all. Did I just hurt your feelings? Are you already preparing a response about how wrong I am? If you are, you might want to kill yourself…. or just read ahead a bit. The truth is, the Orioles have a few secrets that are being ignored by overzealous writers and TV analysts everywhere. END_OF_DOCUMENT_TOKEN_TO_BE_REPLACED

Yes, we didn’t give up again just yet.

As was displayed in the classic book “Moneyball”, the key to success in baseball on a limited budget is finding inefficiencies in the baseball market. I believe Dan Duquette and the Orioles are a ttempting to exploit the next great inefficiency. Many have speculated that once OBP started to make money, Billy Beane moved on to try to find undervalued players by exploiting defense and platoons. This has worked magically for the Athletics. The Orioles need to find their own brilliant GM to find skills undervalued by the majority of teams in baseball. I believe he has finally found it: END_OF_DOCUMENT_TOKEN_TO_BE_REPLACED

Bud is no Chuck

Far too often around the Baltimore area I hear people still talk about acquiring Bud Norris as if it was a good thing. I even often hear people say they think he did pretty well for the Orioles after the trade. This kind of mindless drivel coming from the casual baseball fans around Baltimore is the kind that drives me mad. I can’t yell at people I barely know in the streets and in the office, but I can on the internet. END_OF_DOCUMENT_TOKEN_TO_BE_REPLACED

Should you be worried that the Orioles traded away their saves leader from the past two years and haven’t signed a “proven” replacement?

No.  Not at all.  Not even if you put value into saves as a stat category or a basis for judging a pitchers talent (which you shouldn’t because they are not.)

Coffee is for closers

It wouldn’t be an off-season in Baltimore without massive amounts of fan unrest. This year, it seems they are trying to outdo themselves. After falling one game short of the ALCS in 2012, the Orioles had a quiet off-season, much to the chagrin of Orioles fans everywhere. They had no inclination to  take the next steps necessary to take the 2012 team to the next level. With all of the luck that came in 2012, it wasn’t hard to see the 2013 regression coming. END_OF_DOCUMENT_TOKEN_TO_BE_REPLACED

A sad day is upon us. While Brian Roberts has clearly not been worth the big contract extension the Orioles signed him to, just like a few before and after him, he was a bright spot on the team when there weren’t many. In 2005, Brian Roberts was the 6th best player in baseball by WAR. He also average 4.0 WAR between 2003-2009. Brian Roberts has been a very good player for the Orioles. As someone who did not discover their love for baseball until adulthood in the early 2000s, Brian Roberts was immediately one of my favorite players. Players of small stature are also dear to me, for obvious reasons. Brian Roberts as a baseball player tugged at my heart strings. END_OF_DOCUMENT_TOKEN_TO_BE_REPLACED

What To Expect When you’re Expecting, Free Agent Edition

First of all… hey, how’ve you been?  I know that you don’t really care but I feel like I owe you an explanation for my absence from this blog.

You see, I’m what you would call a “hater.”  I do my best work when I am angry or blasting someone for doing/saying something that I think is downright stupid. That was very very easy to do when the Orioles were terrible for pretty much my entire life after middle school.  Then something crazy happened; 2012.  The Orioles were far from perfect and in fact very lucky in my opinion to do as well as they did.  Anyway, I #BuckledUp and enjoyed the ride.  We were at more games down the stretch than I can remember and we were at every playoff game at OPACY.  It was terrible.  The playoff games were both the best and worst experiences of my life as a fan of anything. END_OF_DOCUMENT_TOKEN_TO_BE_REPLACED

Tagged as free agents, orioles, orioles are dumb, scouting is not something baltimore is good at, we're back

The definition of insanity

Orioles fans are up in arms in yet another episode of the Baltimore Orioles offseason. I’m still not sure what everyone expected. They’ve shown this same episode every year for quite a while now. Do these people watch re-runs of TV shows and then get upset that the ending doesn’t change? If they didn’t spend money coming off a playoff birth in 2012, why would they do it now coming off of a 2013 season in which the team regressed to it’s actual talent level? END_OF_DOCUMENT_TOKEN_TO_BE_REPLACED

At least two of us recently had a Boondock Saints style dream about bringing back the best baseball blog ever….

but our attempts to summon the return of Fire Joe Morgan failed once again. So, we are at least temporarily bringing back our shitty blog. We realize what a huge step down this is for the 5 of you that used to read this.

We didn’t actually even contact anyone about FJM, I made that part up. END_OF_DOCUMENT_TOKEN_TO_BE_REPLACED

Hey Guys, the Orioles signed Jamie Moyer today.  He is old.  In fact, he might be older than a lot of the fathers of his current Norfolk Tides teammates.  Except JC Romero, Willie Eyre, Joel Pineiro, Miguel Tejada, Brian Roberts, Bill Hall and Nate McLouth.  They are all also old.  Instead of fielding a AAA team it’s like they are trying to field an AARP team down in Norfolk.  Seriously, the average age down there is so old that everyone had to be re-immunized for polio.  But really, when these guys started in the league the main obstacles to reaching the bigs were dysentery and fording the Snake River.

So there it is, get yourself down to Norfolk and catch the exciting Tides baseball club before the inevitable dementia/alzheimers outbreak. 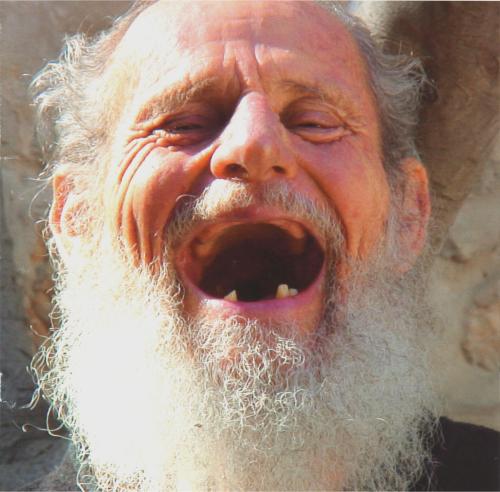 See you at the yard (I’ll borrow Moyer’s bifocals)

Yeah, we don’t write much anymore and I haven’t written in a long time. Come to think of it, it was right around the time I started banging your mother! BOOM!

Anyone who has been watching the Orioles this season knows that 3rd base has been an absolute train wreck defensively. Mark Reynolds clearly has the yips and shits himself whenever a ball is hit in his direction so he isn’t trusted there even when he isn’t hurt. Wilson Betemit is somehow even worse than that.  He has the range of Derek Jeter with hands made of what I believe to be stale bread. Ryan Flaherty looks like he can’t hit himself out of a wet paper bag.  Bill Hall appears to have spent a good portion of the last few months eating other people, and Steve Tolleson is Steve fucking Tolleson. END_OF_DOCUMENT_TOKEN_TO_BE_REPLACED

We’ve all heard the age old anecdote “If you don’t have anything nice to say then don’t say anything at all” so here are my thoughts on Endy Chavez: END_OF_DOCUMENT_TOKEN_TO_BE_REPLACED

Baltimore: The City That Reads…Stupid Shit On The Internet (And Loves It)

Hello Baltimore, for the most part when I write here I don’t use foul language but I’ve had enough and some is bound to come out in what follows.  It’s been a while since anyone has written anything in this space.  Most of you probably haven’t noticed because no one reads this thing.  In the sparse history that I have written for this blog I have come to realize that the fact no one reads this blog is, to me, a compliment.   It’s a running joke around here that we don’t get many page views (almost ever) and the Orioles season so far has made me very proud that virtually no one wonders when there will be new content on ESH.  That sounds strange, doesn’t it?  Well, I’ll explain. END_OF_DOCUMENT_TOKEN_TO_BE_REPLACED